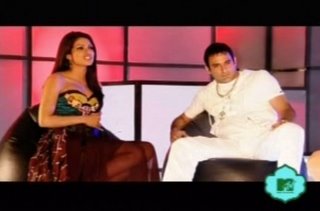 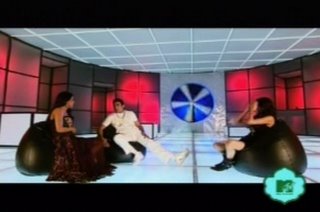 Quickly, before we get rolling, an overview, because I can't figure out how - or whether - to detail any of the basic story arc later in my post. In the fictional country of Bahrestan, a beloved sultan (Shammi Kapoor) has finally had a son (yes, it's annoying that it's a male child that causes the whole country to break out in song. Moving on), and a magician from the friendly land of Hind (Saeed Jaffrey, whose character is named Amir Khan, hee) comes with congratulations and a gift from his maharaja. Meanwhile an evil vizier (Amrish Puri) and his henchmen (led by Dalip Tahil) are trying to seize the throne. They succeed, driving out the royal family and running the good people of Bahrestan into poverty and misery. The royal baby, his parents gone, is raised by a dolphin and a friendly blacksmith and grows up to be Ali (Amitabh Bachchan), who is secretly the super hero/protector of the people/masked avenger Ajooba (pictured above). As he smites the baddies, he says "…
Read more