- October 04, 2010
Surely it says...er, something about Rekha, who is almost 56, that this is what happens when you search her name in youtube.

Disappointed by my attempts to find Sridevi gold by using a random number generator, this time I'm going to be more deliberate. In addition to writing about a handful of actual films, to celebrate Rekha Month (or #rekhatober, as we're calling it on twitter), I'm going to be a bit more specific and imaginative. Confident that there is no end to the wonderful clips I can find with the right search terms, I'm going to explore youtube by the "Rekha +" method, meaning I will see what happens when I enter her name plus one other term. For example, "Rekha + lipgloss" or "Rekha + 1985" - the former of which yielded no results, making me a little sad because whenever I think of Rekha I think of glassy, glossy red lips.

Today's terms: "Rekha + Mithun." I know what you're thinking: "Too easy!" But look what I found!

Hit! Saucy faces, insane makeup, breathy panting, cheerleader-inspired dance moves, and lots of gold accessories! Plus at 0:08 there is a brief appearance by a (very timely) third major star who will be the subject of my next search.

Love these silhouettes in which we can already see that both dancers have bizarre ponytails and Rekha's skirt looks like an inverse flame against the fire-colored background.

Whoooo could it be? 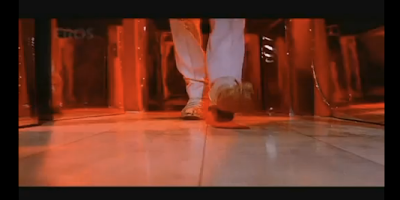 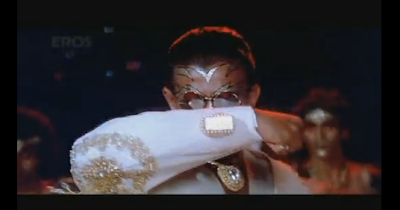 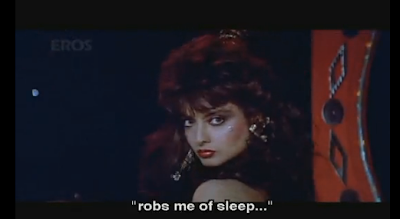 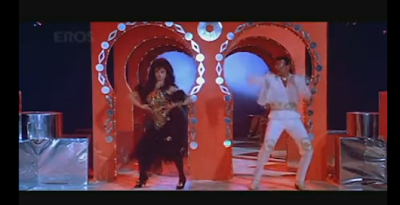 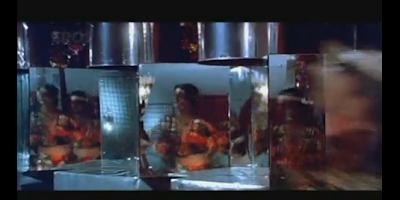 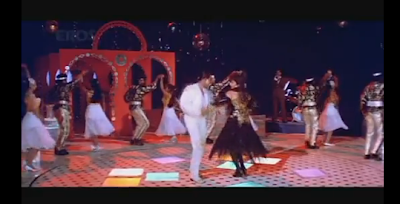 I don't even know what to say about his look. I hope someone out there has seen this film and can explain why Mithun (that is Mithun under there, isn't it?) is dressed like...like...a matador samurai C3PO/KISS/Vegas-era Elvis impersonator. 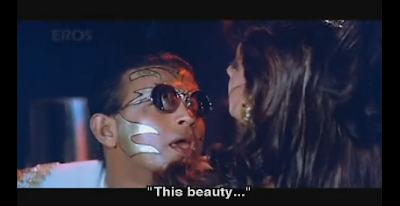 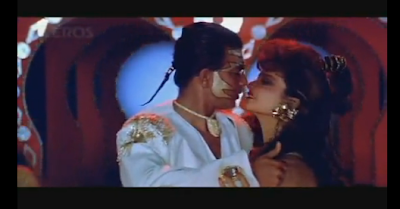 Rum said…
Oh my masala! I think I shrieked really loud at the library seeing this! Its so funny, I love their initial wiggle and pelvis thrust, that just starts it off spectacularly!

And surprisingly this song is pretty funky and I shamefully would dance to it in my room!
October 05, 2010 11:46 AM

memsaab said…
Dearest Beth, I feel like the out-of-the-frame chorus in that fabulous Gary Larson cartoon of a mosquito, hugely bloated, feeding on someone's giant arm: "Pull out! Pull out! You've hit an artery!"
October 07, 2010 6:45 PM