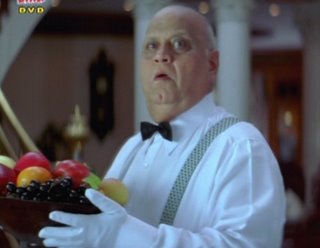 is played by Dinyar Contractor, who was in Baadshah, among a few other things I've seen. imdb doesn't list him for this movie, which is odd, given the givens.
house indulgence: Kareena Kapoor thoughts on movies