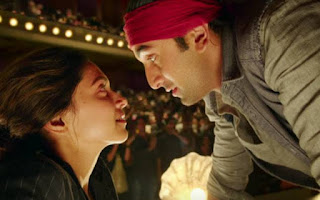 Darwin said…
I have seen Tamasha ,thought of it as good in some weird kind of way while my friends criticised it.But your review pretty much sums up why i liked movie.There's the self discovery��.I feel like watching this movie again now.Thanks for this amazing very personal writeup .
February 08, 2016 3:01 PM

Buttax said…
I just finished rewatching Tamasha and loved it again, very few Indian directors do messy romances the way Imtiaz Ali can (or could should I say, and hopefully will again).

Thinking about this bit of your review - “I'm sure India is thoroughly sick of westerners using it for their own tales of self-discovery (I certainly am), but the pattern absolutely happens in reverse too, at least in fiction.” I agree it is somewhat parodied/clichéd (regardless of which country it's set in) but from personal experience, as someone who's been fortunate enough to live in multiple countries and travel to many more, there is something about being away from your everyday existence that inspires self reflection and discovery. So it's not that far removed from reality.
October 14, 2022 7:25 PM