You may have noticed a new link in the sidebar to a site called the Mysterious Order of the Skeleton Suit. If you're into poppy, sometimes monster-y, other times spy-y, always silly goodness, you will probably love reading (and listening to!) the works of my fellow MOSS agents (who include long-time friends Memsaab, Die Danger Die Die Kill, the Horror, and Teleport City). Our October mission—should we choose to accept it, and we probably do—is to investigate our namesake motif: that classic cinematic costume staple, the skeleton suit. 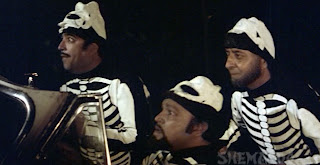 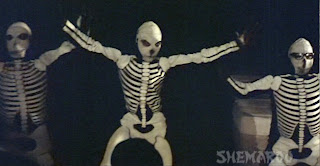 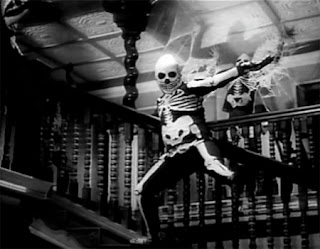