Mithun costarring with...a goat...who is a graduate...of "Devar's Film Institute of Animals"*! WOW. Does anyone know if this school is just part of the film or is it a real thing? I looong for it to be a real thing, producing top-notch graduates who feature in films for decades, including superstars like Moti, Charles, Pedro, and the Subliminal Marmoset featured in the Animalympics. 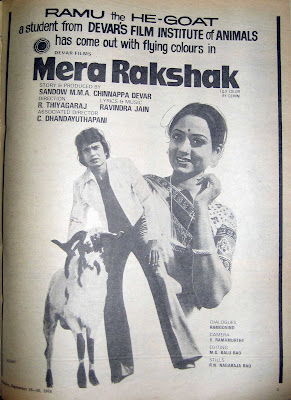