Rakesh Kumar, director of Do aur Do Paanch
K. K. Shukla, writer/scenario-creator of Mard, Suhaag, Amar Akbar Anthony, and Parvarish
Kader Khan, dialogues of Parvarish, Dharam Veer, Muqaddar ka Sikandar, and zillions of others
Prakash Mehra, director or producer of things like Zanjeer and Namak Halaal
Amitabh as avenger and deadpan comic
Vinod in a leather suit with leopard-fur collar and cuffs
Nirupa Roy as Maa
Rekha in full-on feistiness
Aruna Irani and Asrani in serious roles
Kader Khan as the supreme bad guy
Ranjeet refusing to button his shirt
+ Moti the wonder horse
a whole lotta nothin'
How all these wonderful ingredients turned into such a lackluster film, I do not know. This was even more disappointing than Ram Balram; while the latter is decidedly a worse film, Khoon Pasina had many more fine ingredients, and thus the letdown was greater and more tragicaly wasteful. Look what it had going for it! 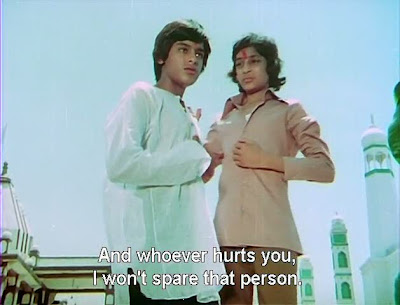 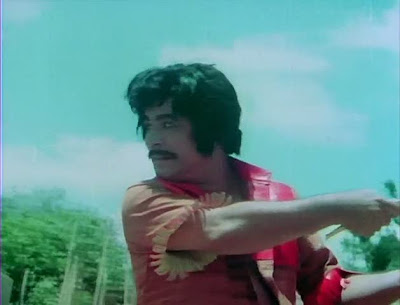 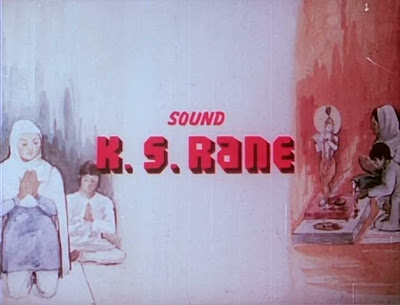 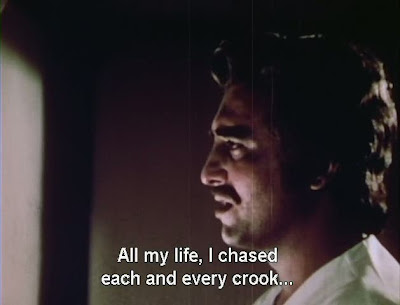 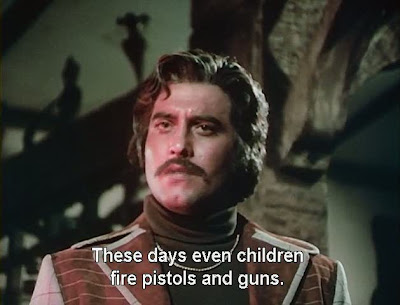 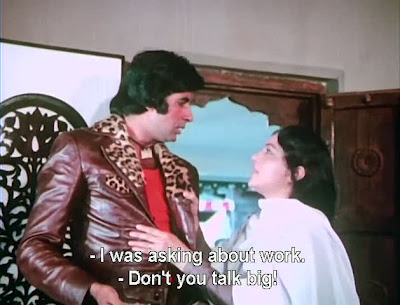 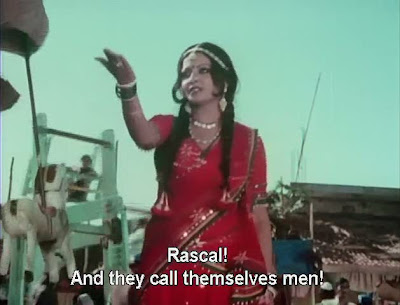 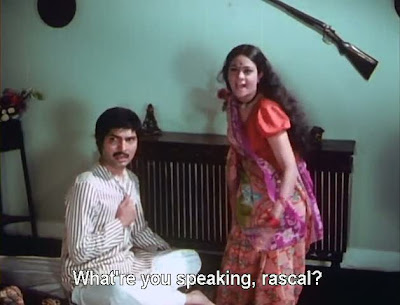 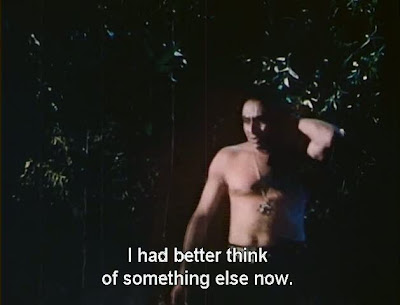 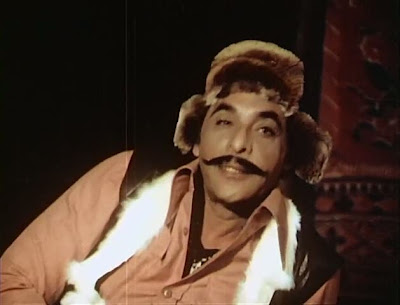 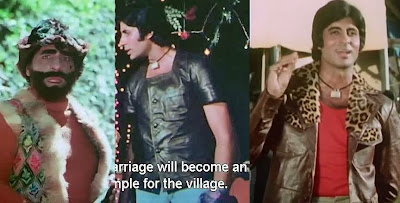 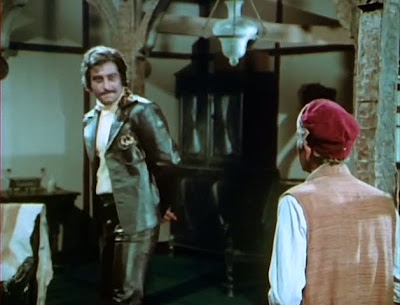 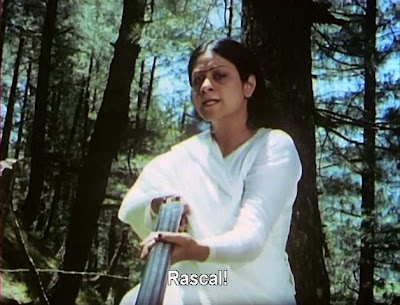 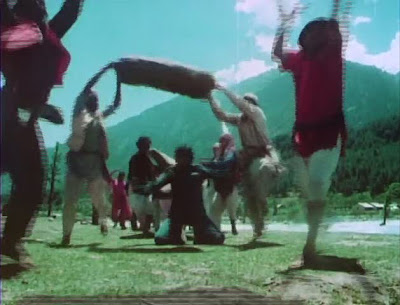 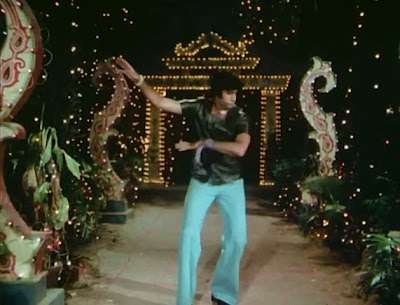 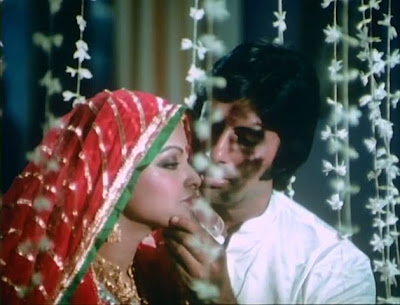 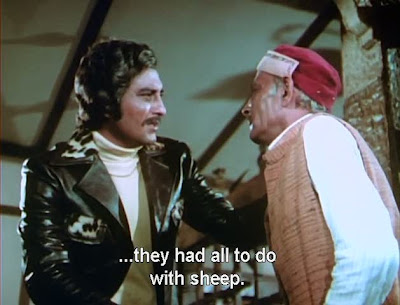 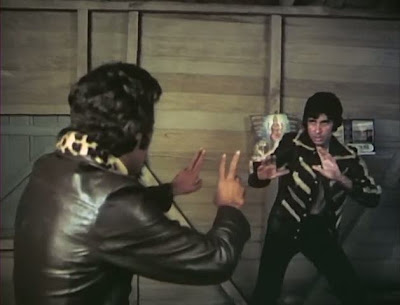 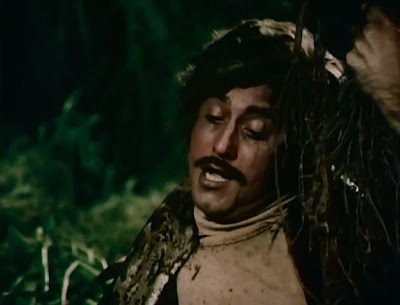 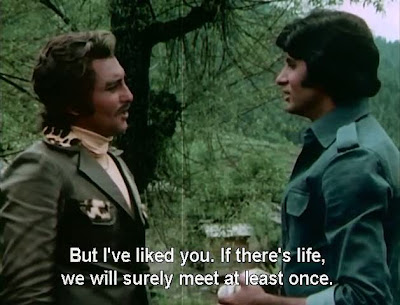 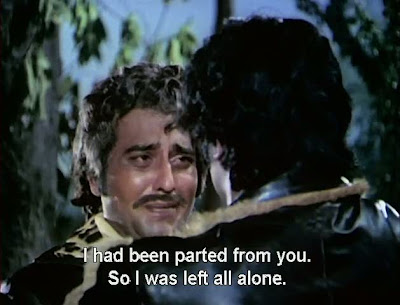 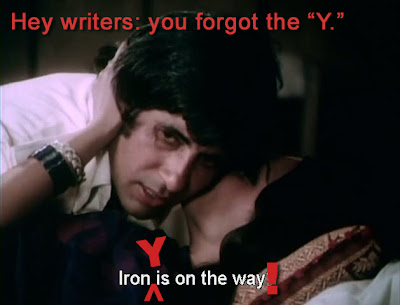 * If they had attended that internship, they would have known better than to give Helen only a fourth of a song!
Labels: house favorite: Khanna khandan (Vinod; Akshaye; Rahul) house favorite: Rekha thoughts on movies