one: I first saw Seven Brides for Seven Brothers a few years ago with my friend Luci, who was raised on the movie and whose family is completely nuts about it (and I'm not saying anything here that Luci wouldn't say herself). They were gracious enough to invite me (and my dog) to Thanksgiving, the first Thanksgiving after my parents retired and moved out of state, and after the big meal we all sank into giant cushy chairs in the living room and watched this, with Luci, her sister, and her sister's husband reciting all the lines by heart. It was great. Somehow their enthusiasm lodged a lot of the lyrics and finer points of this great cinematic work into my head, and to this day I can easily be prompted to burst into "goin' courtin', goin' courtin'." And am slightly afraid of packs of red-haired dancers.
two: Abby, my usual Bollywood-watching companion, and for this one too, is also a long-time fan of the SBSB (hey! it works for American movies too!), so we were both thrilled when t-HYPE brought this Hindi remake to our attention.
three: I am generally a big fan of the older American movie musicals (or on stage), with their spontaneous song and cheerily cardboard sets.
four: Howard Keel, with his big, blustering presence and booming voice, makes a delightful head of household who can run his brothers but has no clue what to do around a woman.
five: A boy named Gideon and a girl named Dorcas (played by one Julie Newmar, too!). Dorcas?
six: I read somewhere four of the brothers were actually dancers from the New York City Ballet, which would explain the fights look so...pretty.
seven: The whole Sabin/Sobbin' Women thing bothers me to my very core. I'm not sure if the whole "go grab the women you like and bring them back to your house" plot is entirely tongue-in-cheek. If it is, I've missed the subtletly. If it's not, I'll enjoy my righteous indignation. 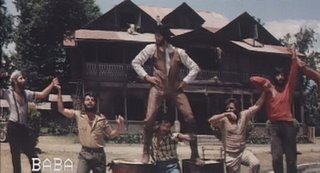 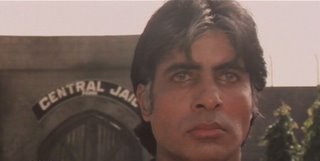 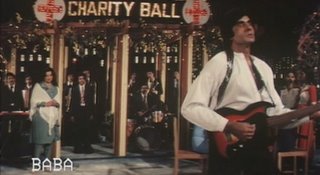 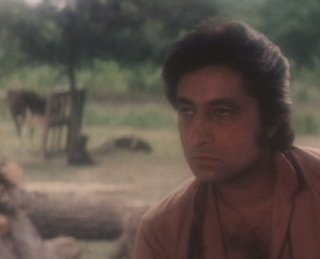