Showing posts from October, 2013
Show all

- October 25, 2013
Read about or listen to this PCHH episode. Let's keep this simple: PCHH talked about films, songs, etc., that consistently make them cry. Trey named the scene in Sense and Sensibility  in which Emma Thompson loses it, which is my number one choice too. "When somebody has done the right thing and suffered for it and finally is rewarded and there's that sort of eruption, both for the character and the audience, of sadness and joy." So, filmi friends, what movies make you cry and why? I know I cried during  Chak De India  in the cinema because those girls had gone through so much and came together so well, both as individuals with their own challenges and as a functioning group of wiser people with a common purpose, plus Shahrukh with the vindication and neighbors who don't hate him anymore, but I don't think I have subsequently. No other titles are coming to mind, but I hope some do if I search my email for "snuffle" and "bawl." Upda
13 comments
Read more 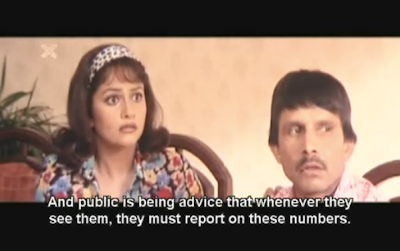 Last week's Pop Culture Happy Hour features a discussion kicked off by one of host Linda Holmes's—and my—favorite episodes of This American Life: "Fiasco!" Listen to the TAL episode here and read about and listen to the PCHH episode here . Definitions of a fiasco, as opposed to a more simple disaster or a more drawn-out series of less-than-ideal decisions, are hard to pin down. To me, it's almost a "I know it when I see it" sort of thing. Descriptors of a fiasco that these two podcasts discuss include: • "When fumble leads to error leads to mishap, and before you know it you have left the realm of ordinary mistake and chaos and you have moved into the more ethereal, specialized realm of fiasco." "It's an altered state...the normal rules are off." (TAL) • "Ambition exceeds competency or reality." (PCHH) • And because I was curious about its etymology, I looked it up in the OED: it's from the Italian phrase &q
10 comments
Read more

- October 12, 2013
Read a description of the podcast here  and listen to it  here . Frick. I'm already a week behind in my plan to write a brief, timely Indian cinema-themed response to whatever points of the current episode of NPR's Pop Culture Happy Hour podcast catch my attention. Oh well. The big entertainment news before this episode was recorded was the finale of Breaking Bad , which I have never watched because it sounds so mercilessly bleak (and violent). PCHH's discussion of the series as a whole included the concept that  when antiheroes are the focus of a story, especially a long one like a tv series, they still need antagonists , and these often take the form of even worse villains. Like many other discussions I've enjoyed on this podcast, this seems completely obvious now that they've pointed it out, but I'd never thought about it before. No perfect examples from mainstream Hindi cinema are leaping to mind, maybe because mainstream films don't seem to like ha
10 comments
Read more
More posts