Showing posts from October, 2010
Show all

adventures in a subtitleless and otherwise wild and woolly land: Sheshnaag 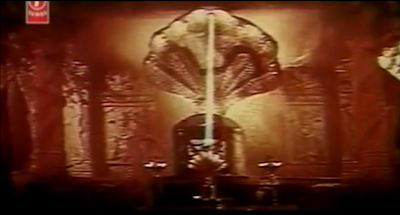 I am pretty certain I missed at least a third of what was going on in an average scene in Sheshnaag . Based on what I could understand, however, I'm not sure that detracted from my enjoyment of this eyes-a-bulgin' scenery-chompin' tale of two good snake-people, one very, very evil villain, and the people who get mixed up in their conflict. Pesky details like why the people are involved in the good/evil conflict will be glossed over, partly because I do not have any concept of some of them and partly because they probably don't matter much. Here is what I do know. Jeetendra and Madhavi are the two friendly and helpful snakes. At the beginning of the film, they are called into existence (or immediate presence?) by a jolly-looking priest who does some kind of ritual at a snake-themed temple (or his basement?) using a special golden lingam and snake idol during a lunar eclipse. The new snake-people show the gathered humans great treasure under the floor, and the humans c
15 comments
Read more 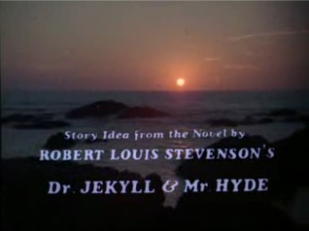 Helen bless youtube spelunking. While looking for Rekha cabaret songs , I happened across a number from Chehre Pe Chehra . Upon closer inspection, the film turned up billed as "based on Dr. Jekyll and Mr. Hyd e"...and sold ! Perfect for Halloween! I haven't read the original but the whole concept seems like it could make a delightful Bolly-style project - you are your own evil masala villain or long-lost badly-behaved brother! Indie Quill graciously watched this with me and filled me in on what was going on since my version was unsubtitled. That plus not having read the original means I probably missed some things, but I still enjoyed Sanjeev Kumar's ACT!ING! (term courtesy of Indie Quill) and makeup in his Mr. Hyde freakouts. In reading up on the original source material, I realized that the story is so ingrained in mainstream western culture that we have forgotten that some of the glee of the original story is that it is a mystery - no one knows who this horribl
10 comments
Read more
More posts